One $517M credit union sought to increase the enrollment in their insurance products. The credit union rolled out a campaign to highlight their Accidental Death and Dismemberment (A&D) insurance coverage resulting in 85 conversions.

The credit union sent out 29,382 letters to the members in their targeted audience followed by an email from Core iQ one month later to those they had email addresses on file delivering 12,160 emails.

The email sent from Core iQ was opened by 9,951 (82%) and the offer clicked on by 548 (5%) of the recipient. This promotion resulted in 85 of the credit union’s members enrolling in their Accidental Death and Dismemberment insurance coverage. 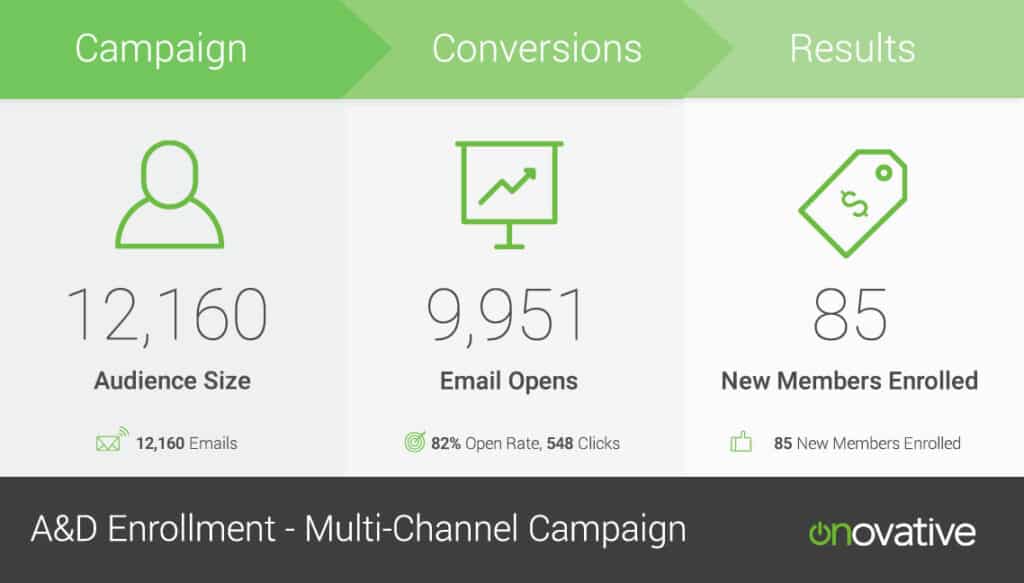 Ready to learn how Core iQ can boost your financial institution’s product enrollment?

Book a personalized demo with us and we’ll dive into your specific goals.